We landed at Gatwick and caught a bus to Heathrow due to a logistics hiccup from Ali’s last minute booking changes.

Heathrow Lodge - an accommodation to be avoided. Sometimes you think ‘it’s only a bed for the night and it’s cheap…’ But there are some discomforts after a very long flight and an hour long bus ride, followed by a ridiculously priced taxi, that you shouldn’t need to suffer. Narrow staircase to haul the luggage up past a very tight turn. Standing room only except for the beds and a tiny and dimly lit bathroom whose shower we were too afraid to try. The worst of it, though, was the lack of food anywhere on the premises. Not even a snack machine. We had dinner at the awful pub across the street - in direct competition as to who could give Britain a worse name - and could barely eat the overpriced fare. So with the changes in time zones and stress of the journey Alison began to feel very ill from low blood sugar at around 4am. No the 24 hour reception did not have anything edible. We lay shivering in the cold. The heater had one setting - surface of the sun - and was so close to the bed as to be a hazard, and we had tired of turning it on and off..

5.30 am Macdonald has never tasted so good.

We picked up the campervan and were both stepped through the huge amount of information required to survive in one of these things. And while I was later frustrated by the information we were not given, if we had been given it on pickup day it would have probably have dribbled out the other side of my head anyway. Between the two of us we seemed to recall 95% of the critical stuff.

We made our way to Briarfields in Cheltenham - got parked up, setup, plugged up, gassed up. Early lessons included: using electricity where possible. We went through a bottle of gas in two days - (mind you it wasn't full to begin with). Don't have the fridge set to cold - everything turned to iceblocks. I question if a fridge is actually necessary at all in English weather at this time of year. The coldness was a bit of a surprise and the sun setting at 4:30pm was a new experience. It wasn’t even winter!

Caught up with Chalky an old friend from my primary school days for dinner at the TGIFriday chain. Loud and brash with huge macho helpings of what looked like water buffalo steaks. 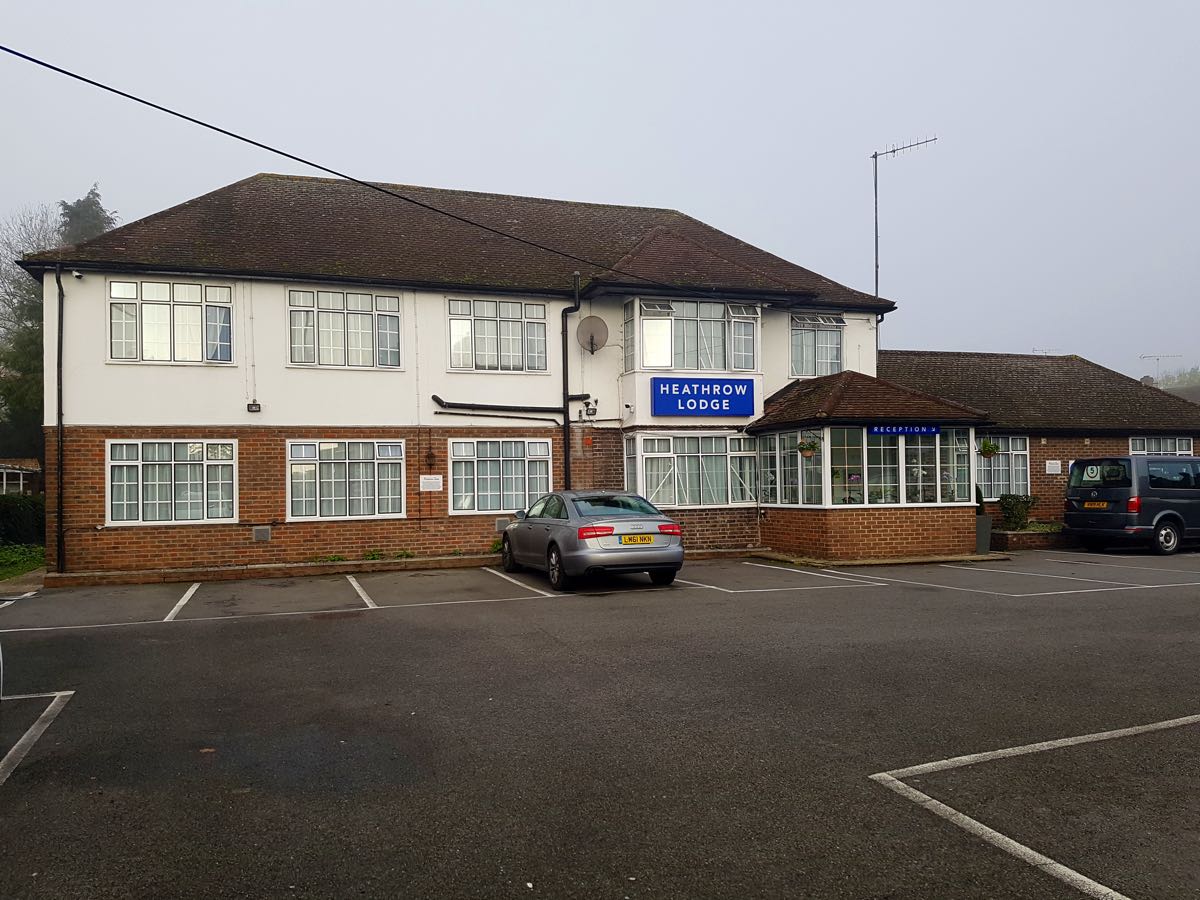 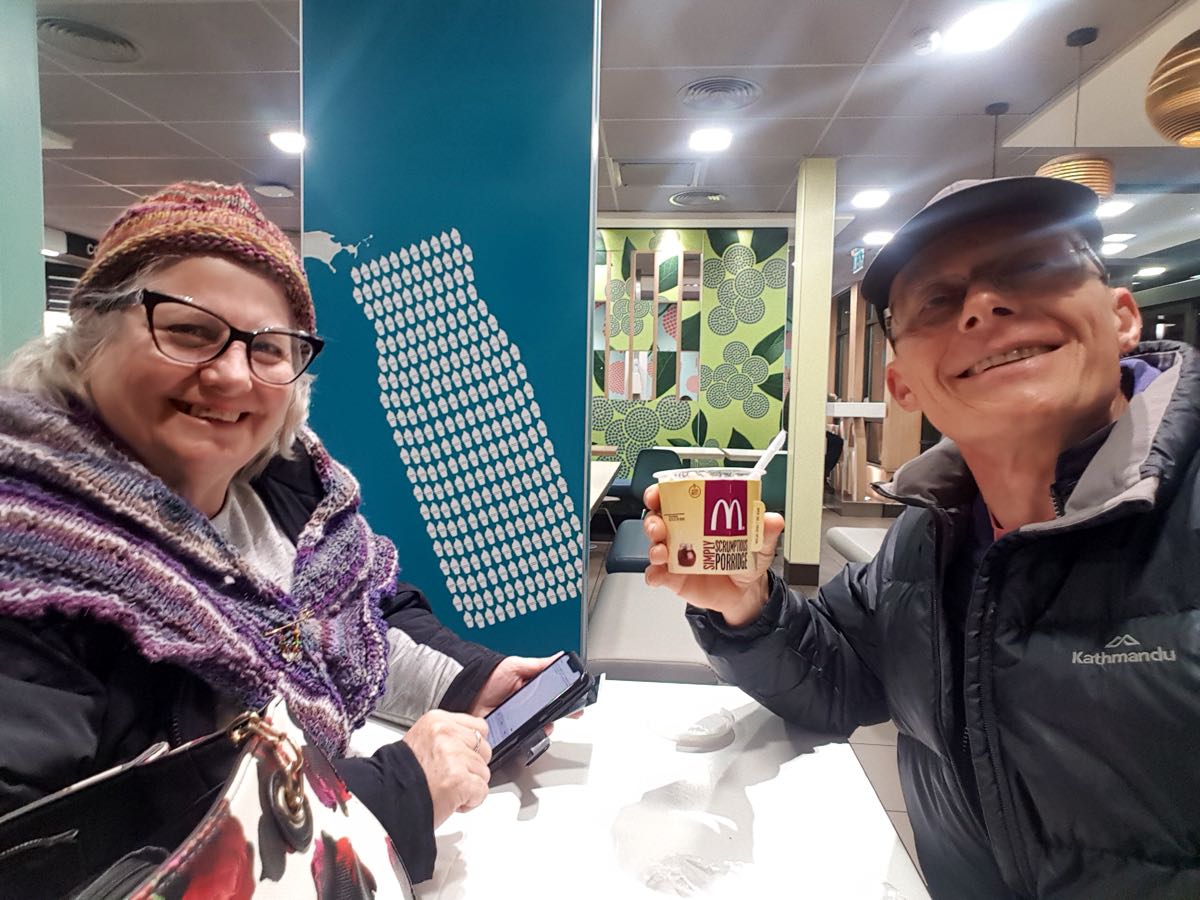 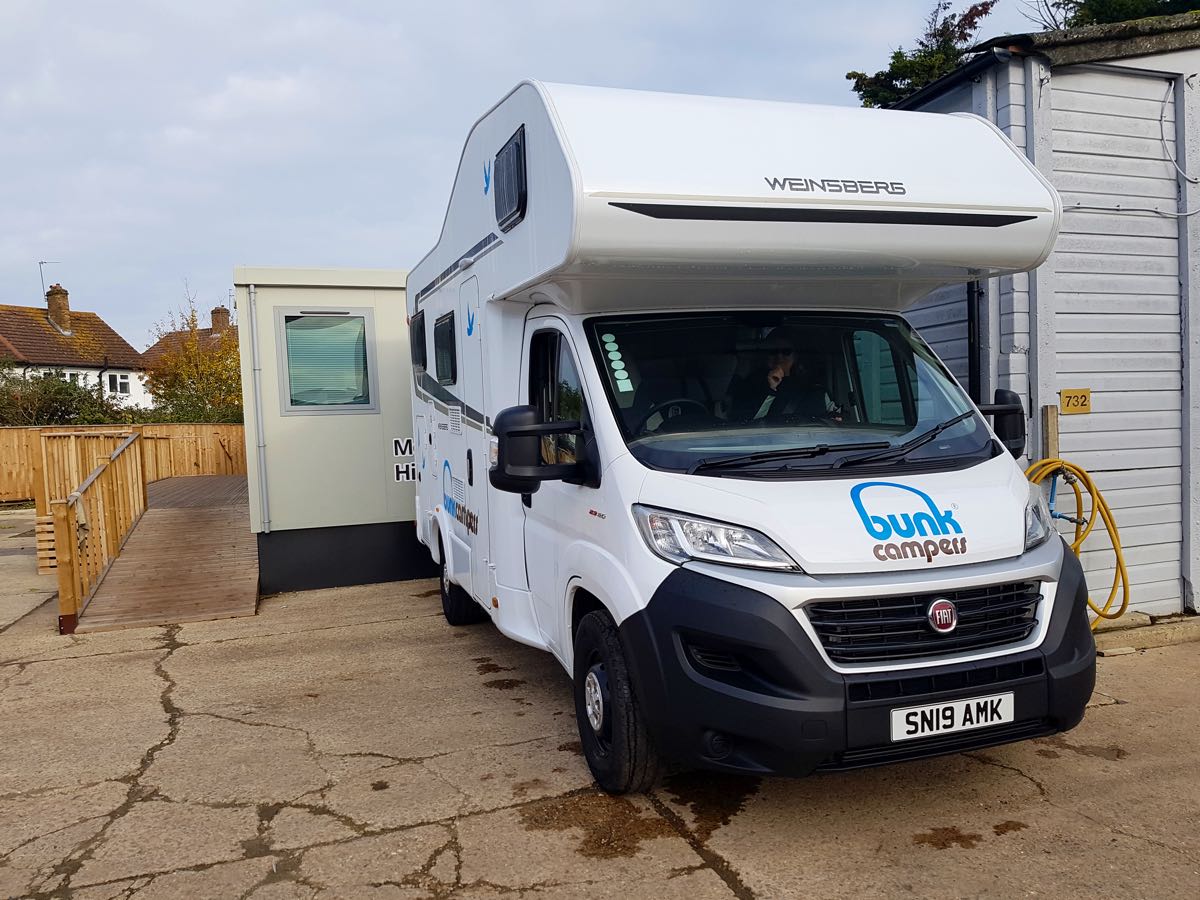 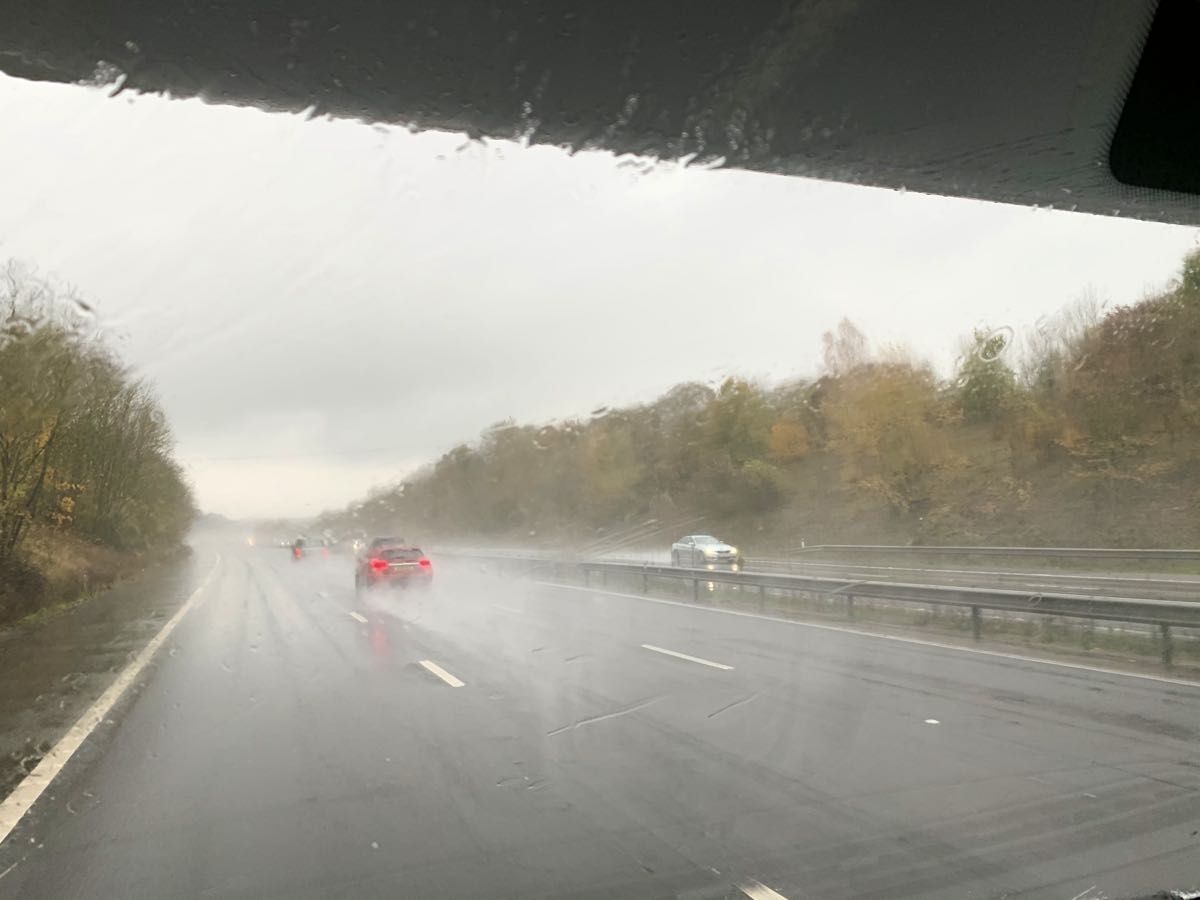 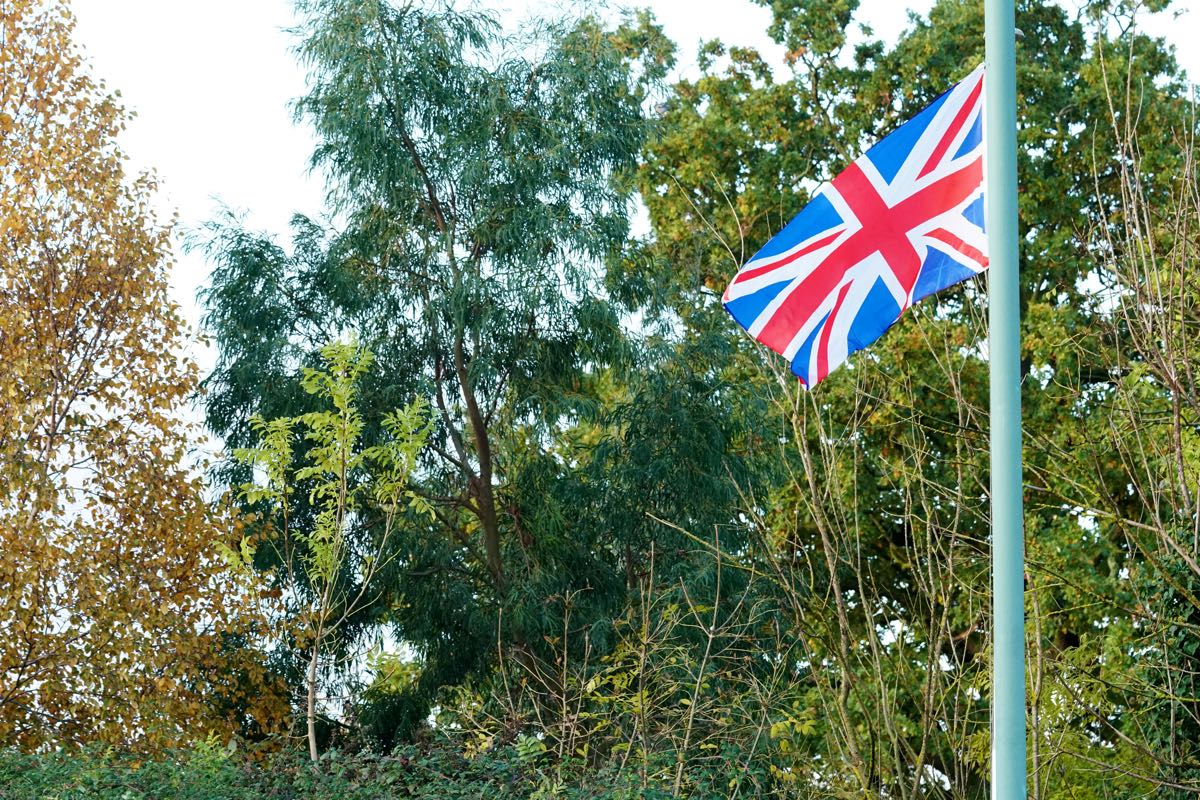 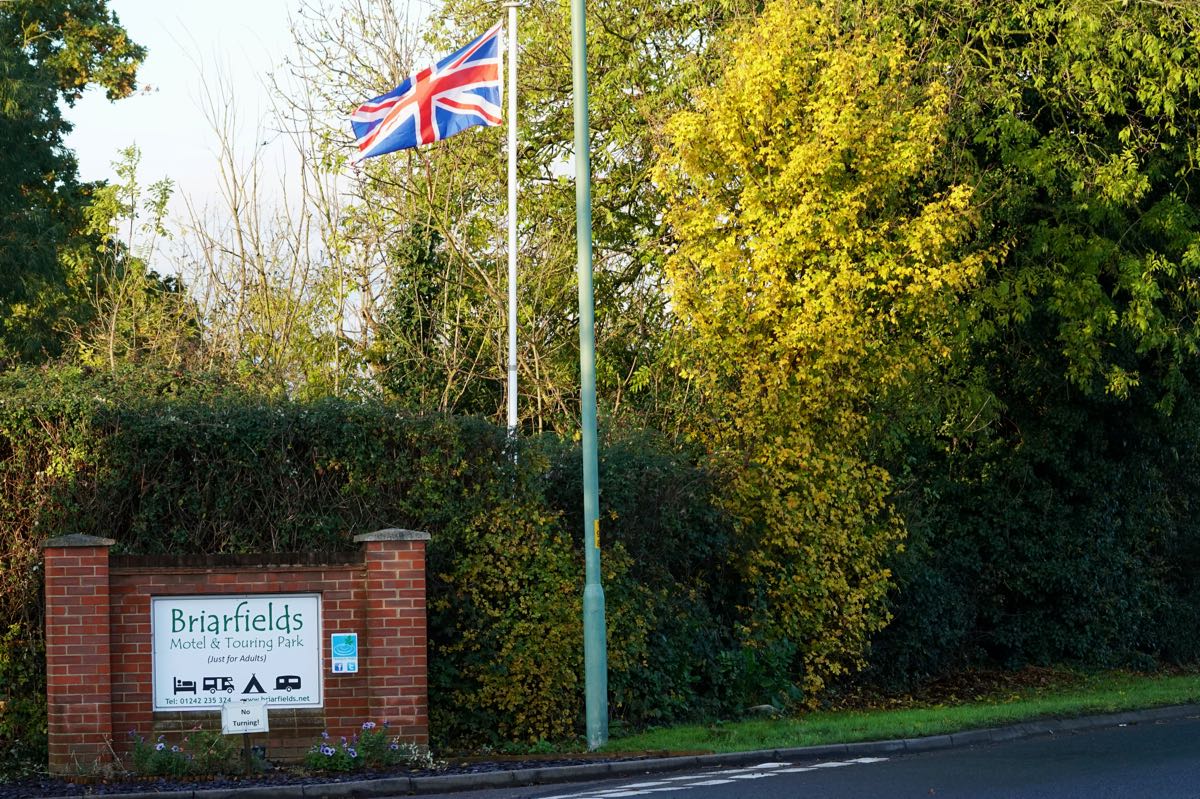 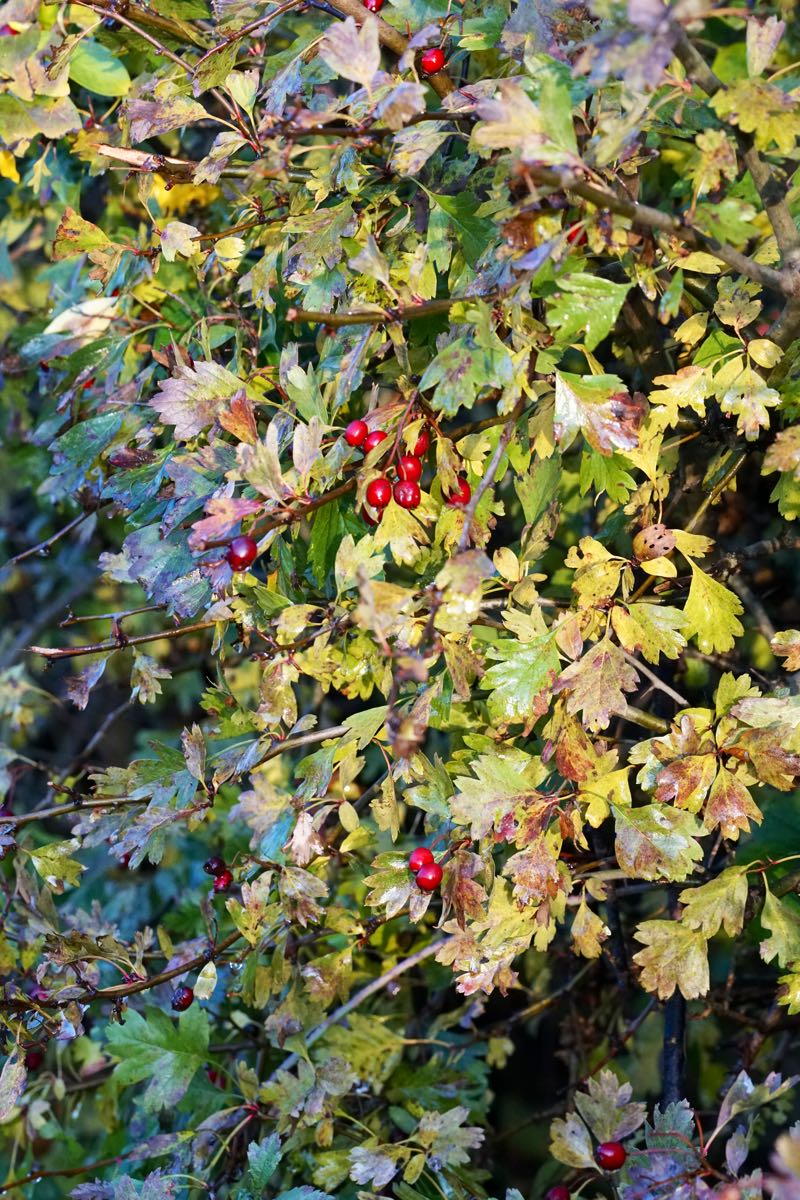 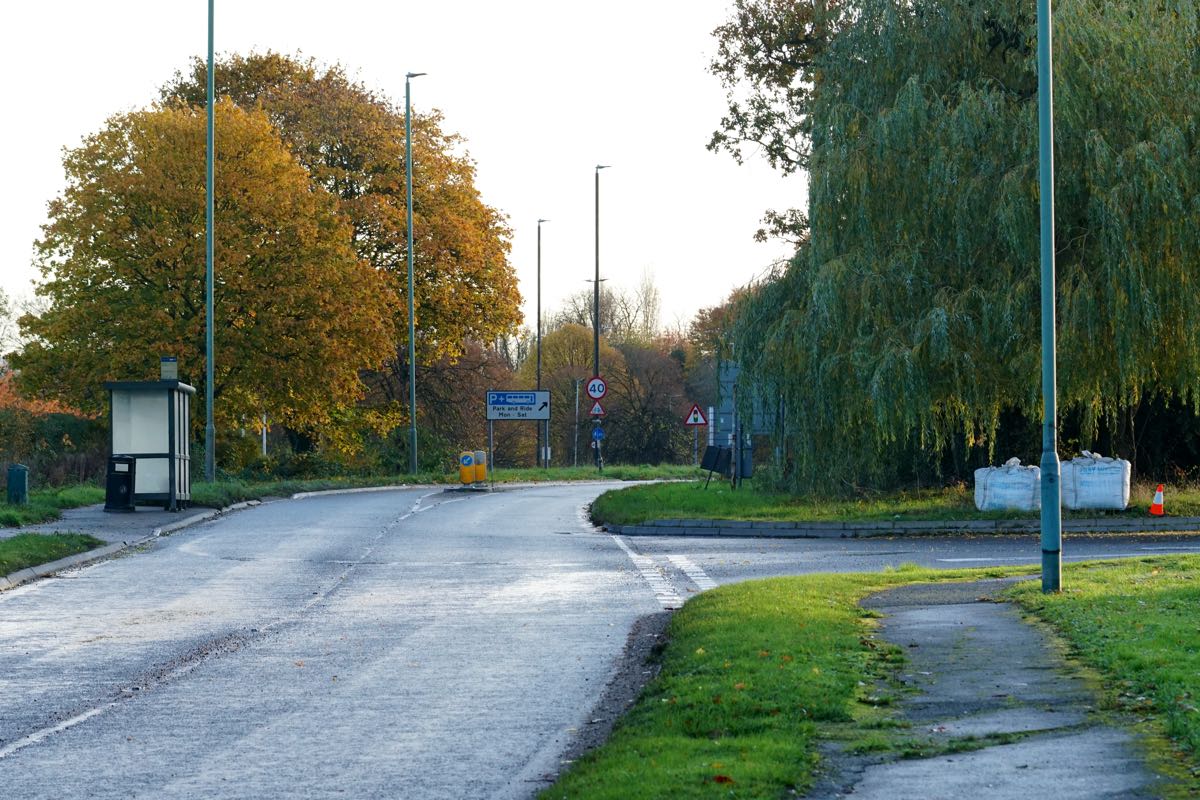 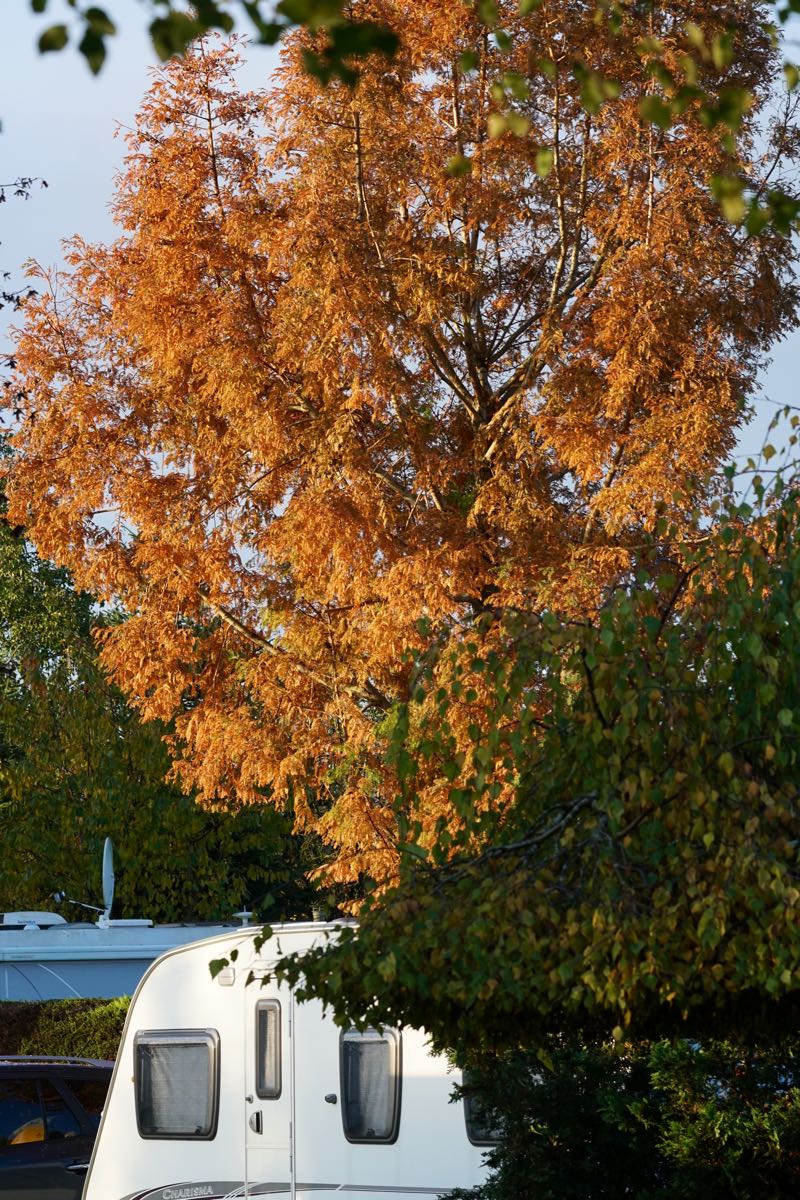 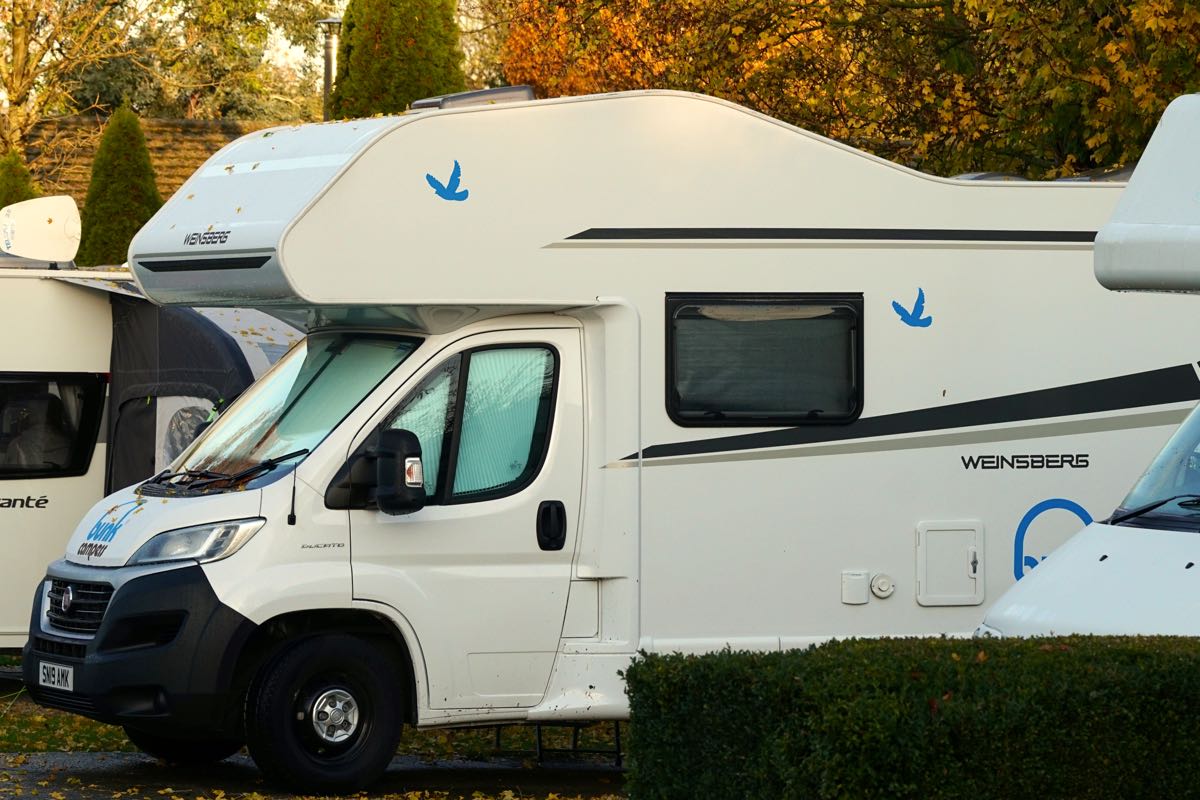 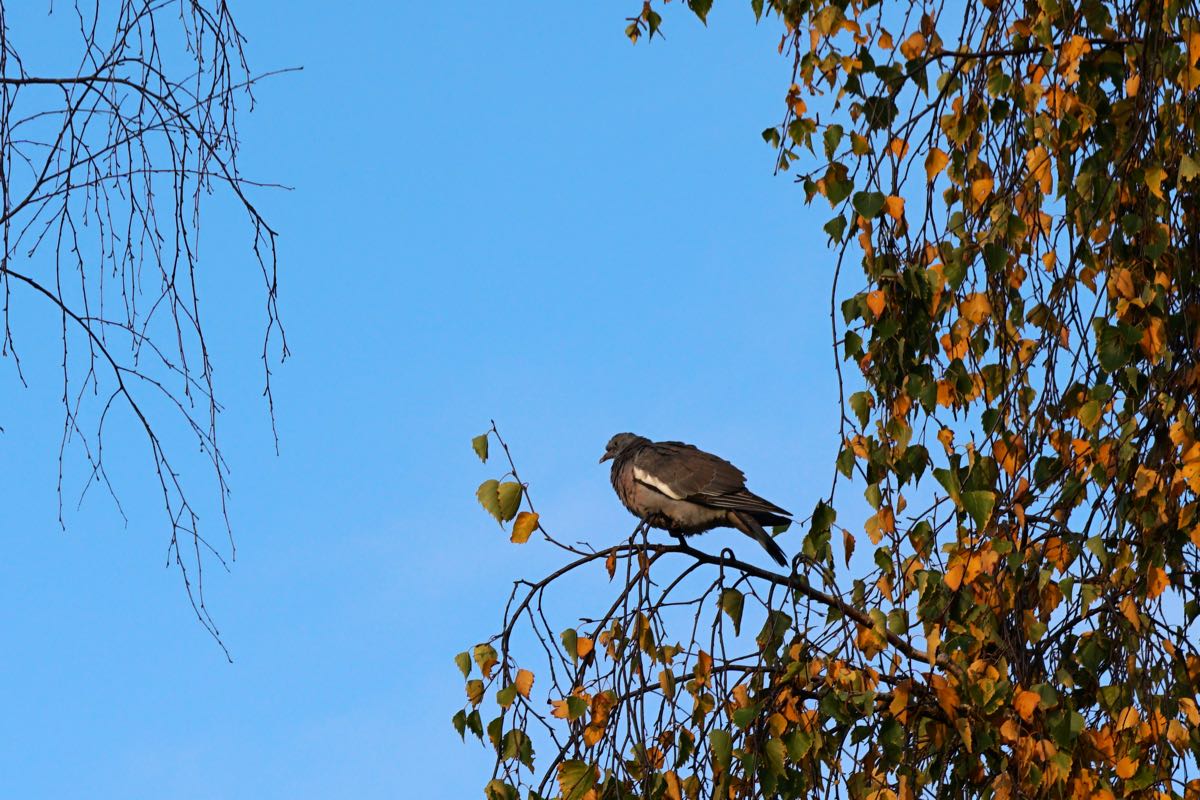 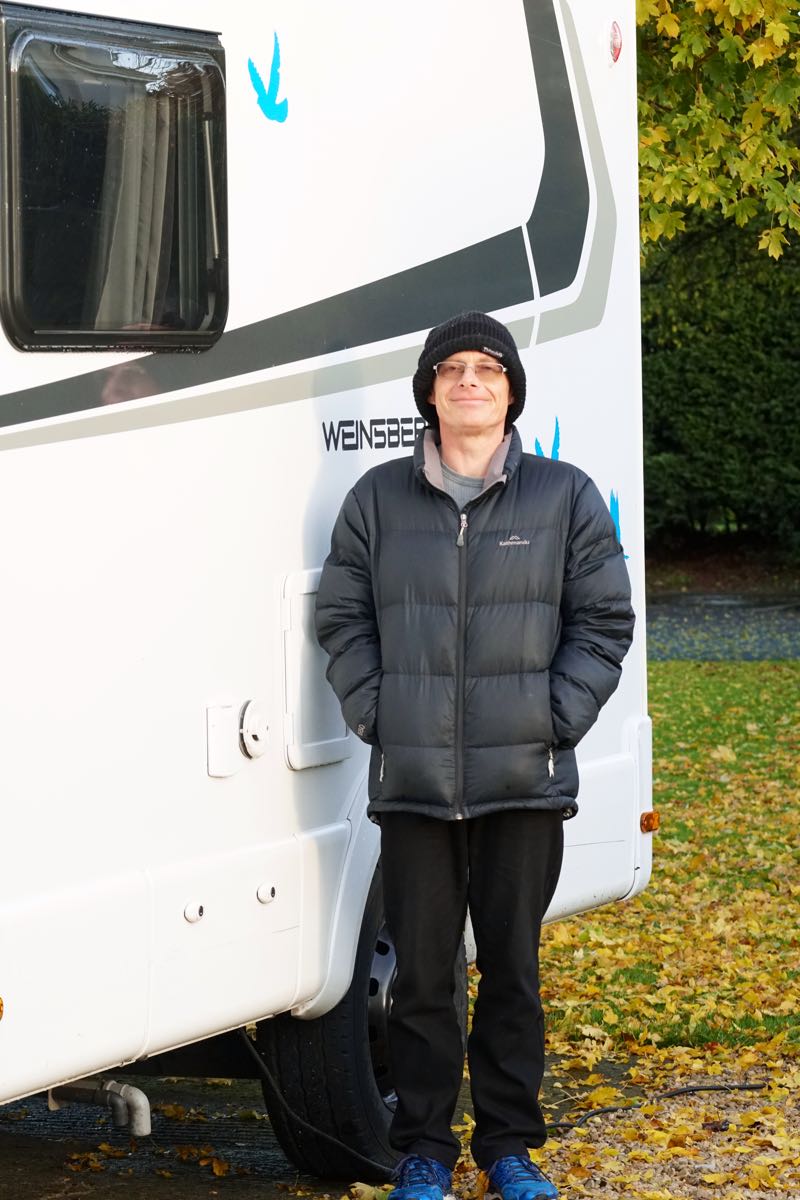